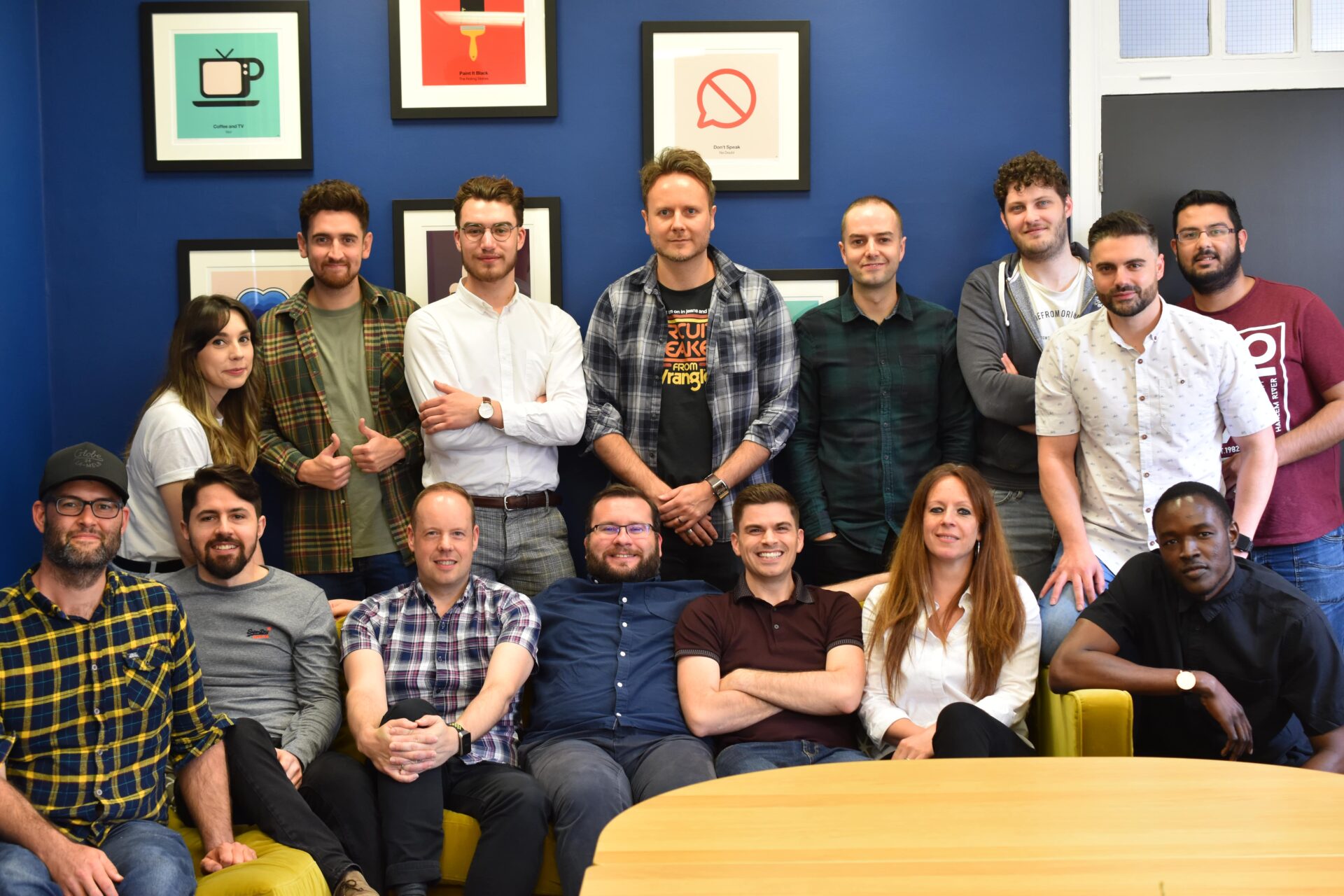 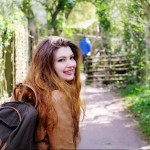 It’s been a wild rollercoaster here at Adao – from a 2-man team 10 years ago working in David’s house, all the way to our top-floor office with over 15 staff members, branching out from specialising in web design to adding digital marketing and web development feathers to our caps.

We’ve travelled across the world for clients, but always kept our feet on the ground offering our digital services to local businesses in the UK.

Here we are showing off our favourite moments from the past 10 years – it’s been a pleasure!

On 4th August 2010, David and Josh started Adao, a small but mighty web design agency based in David’s home (rumours are, they were based in the attic!) With David’s keen knowledge of digital marketing and salesmanship, and Josh’s aptitude for all-things-web, they quickly built up a close-knit client base of loyal customers.

(They also play guitar and drums, so that might have factored into it somewhere!)

In 2011, Edward joined the ranks of Adao alongside David and Josh. With coding wizardry at his fingertips, they were able to build a team focused on stunning web design with a deeper understanding of web development driving them forwards.

Then, the team moved into Frank Whittle Business Centre in Rugby. Here’s our favourite photo of Josh in Adao’s very first official office – long hair and stripy shirts were all the rage back then, we promise! 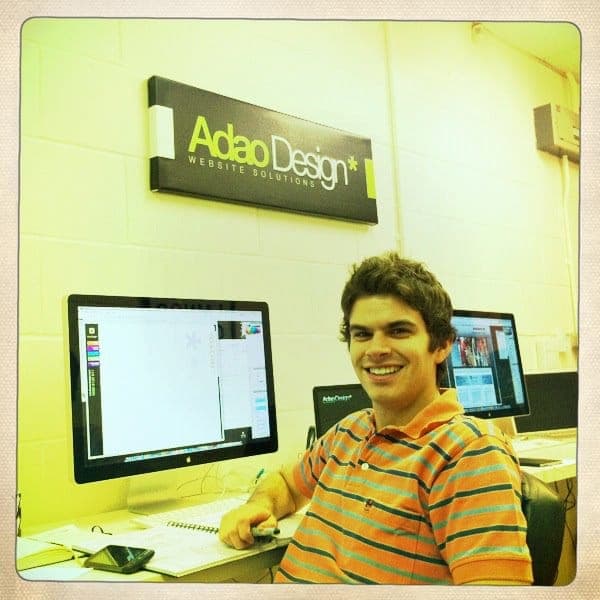 As the bond grew stronger between the team, the client base grew and grew. “Work hard, play hard” was the motto of the year – we have excellent examples of both, from the trio gaining their Google Adwords certifications, to attending exhibitions, to partying in their favourite hats. All in the name of Adao! 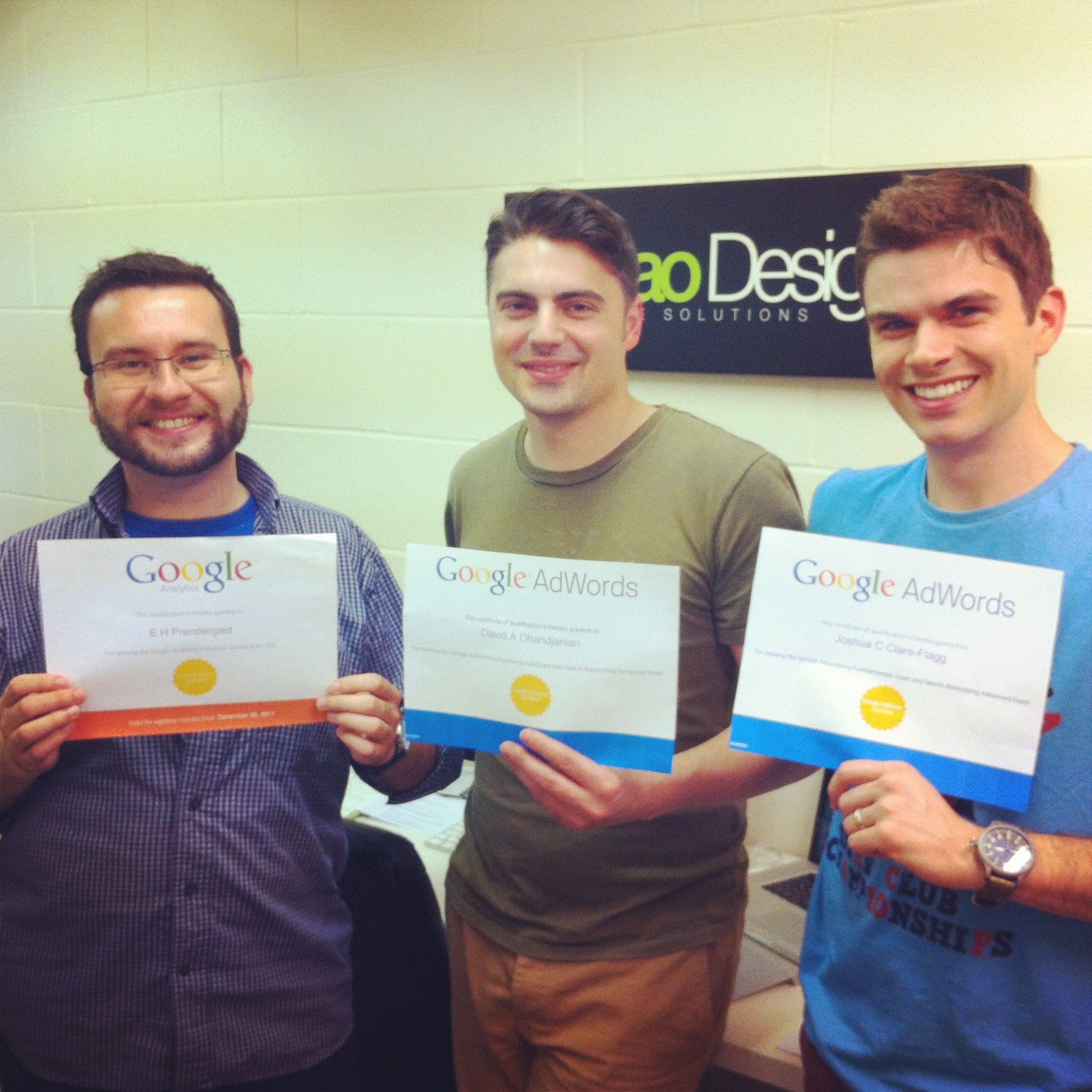 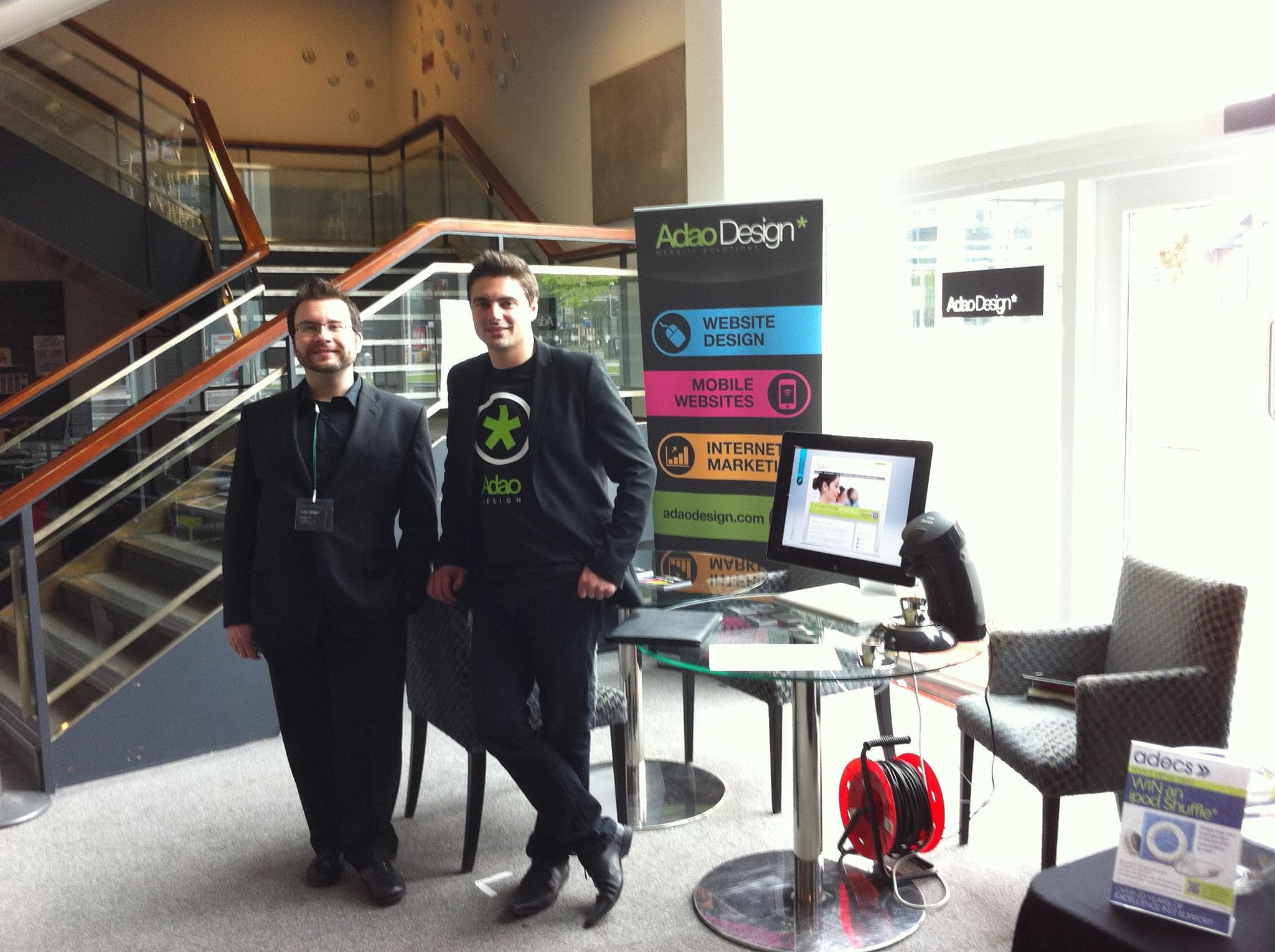 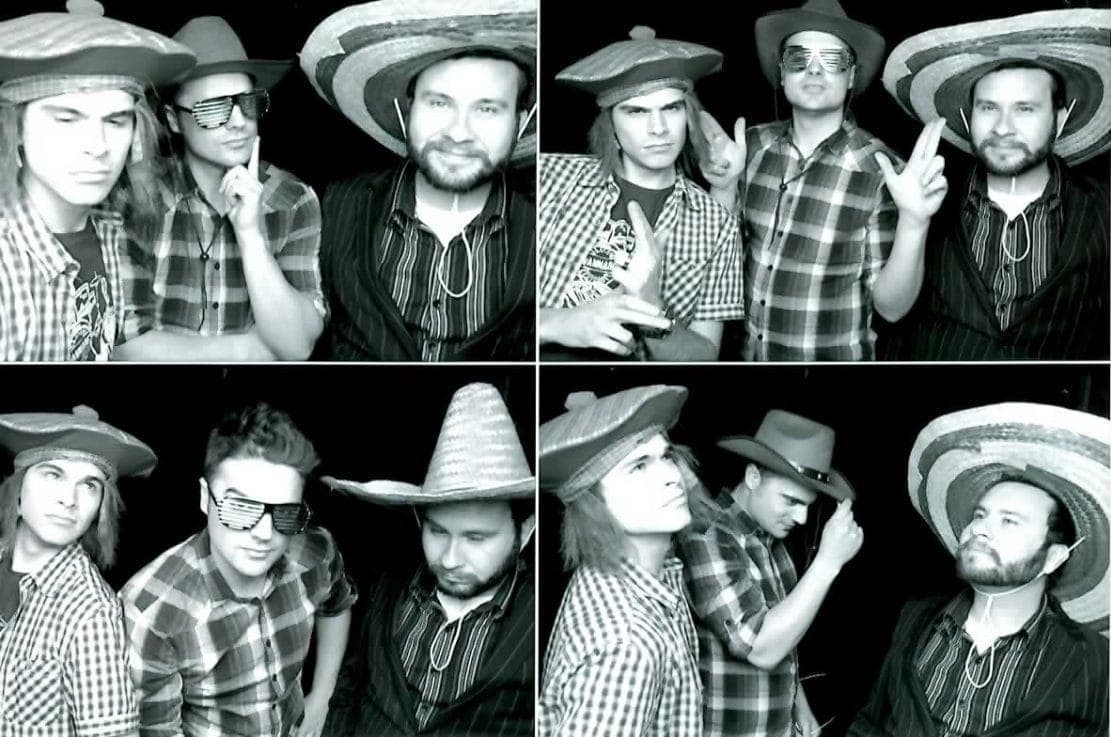 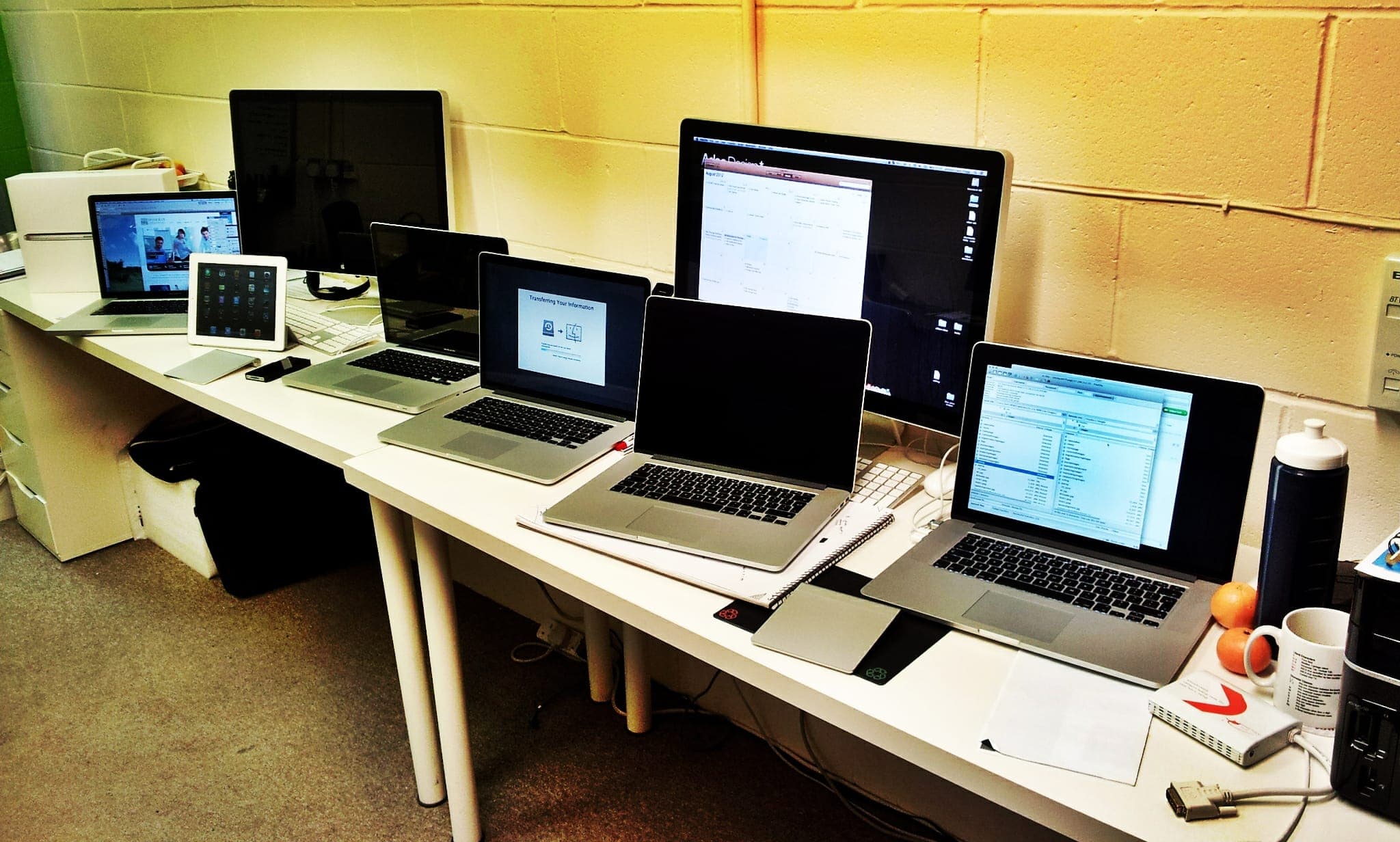 On January 14th 2013, it was time for the next move, and this time the team returned to it’s homegrown roots – literally! David remodelled the entire ground floor of his home on Regent Place into Adao’s business office – here we see Josh and Edward testing out their new desks on their first day in the new place! 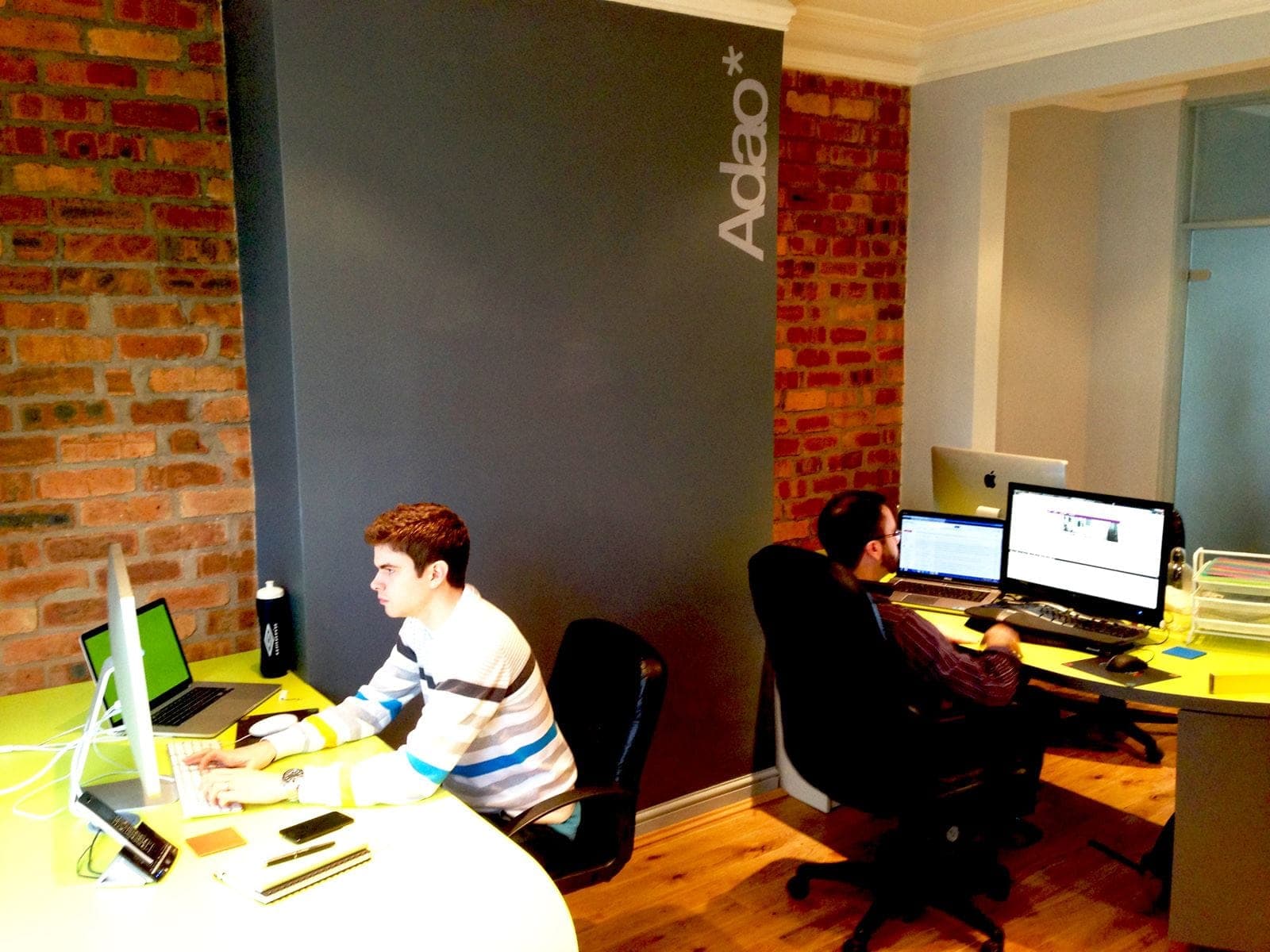 In fact, the team treated their new office as their home-away-from-home (or in-home, in David’s case!) David and Josh often answered the question “How many Adao team members does it take to change a lightbulb?” 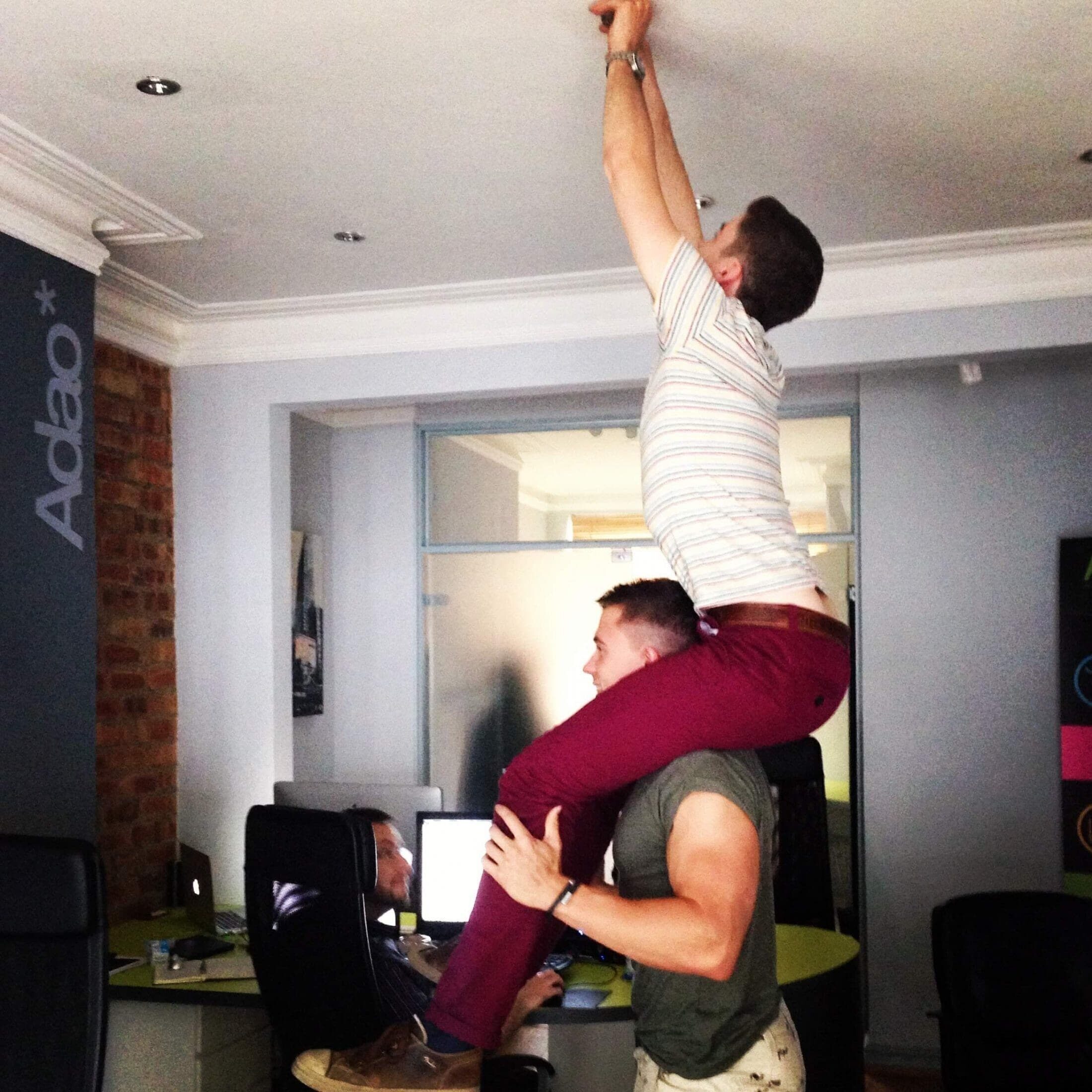 Adao’s old office in Regent Place was so impressive that David and his wife Hannah were featured on BBC’s “Britain’s Empty Homes” in February 2013 – we got some behind-the-scenes photos before the big shoot! 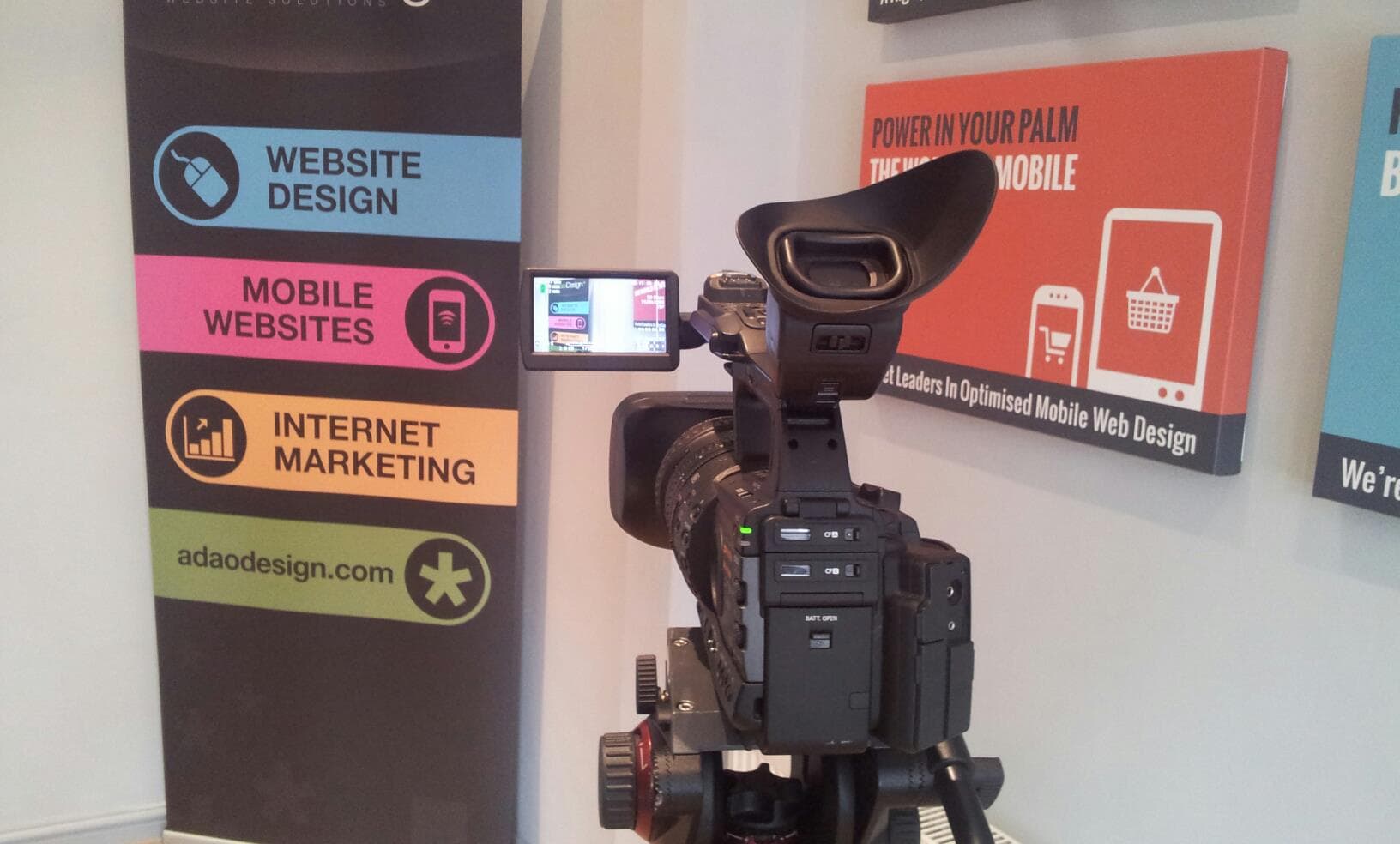 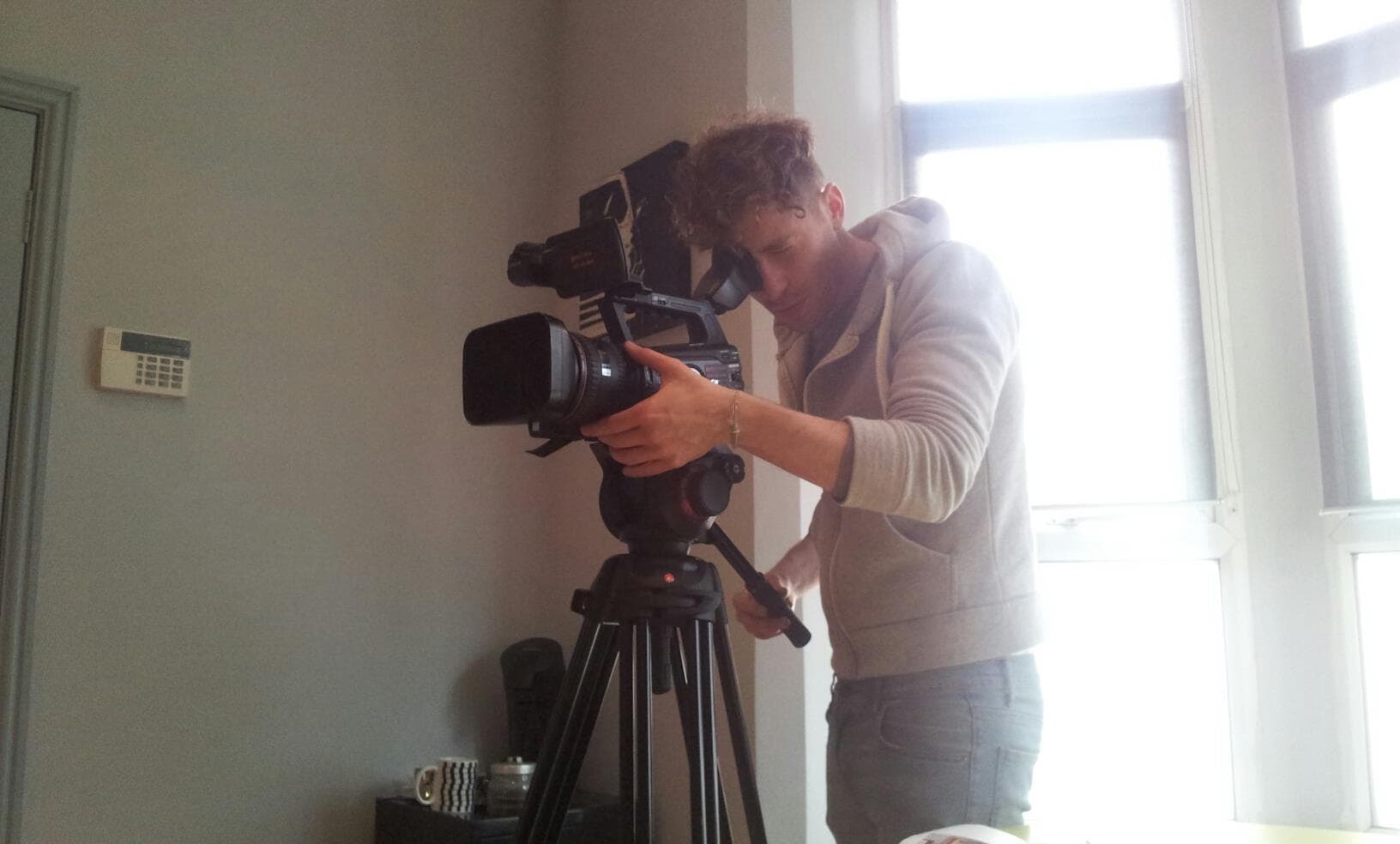 2014 was another big year for Adao! With new graphic designer Phill and digital marketer Richard, the gang won a Google Award for their work for local businesses in Rugby and beyond – we like the official photo AND the unofficial photo. 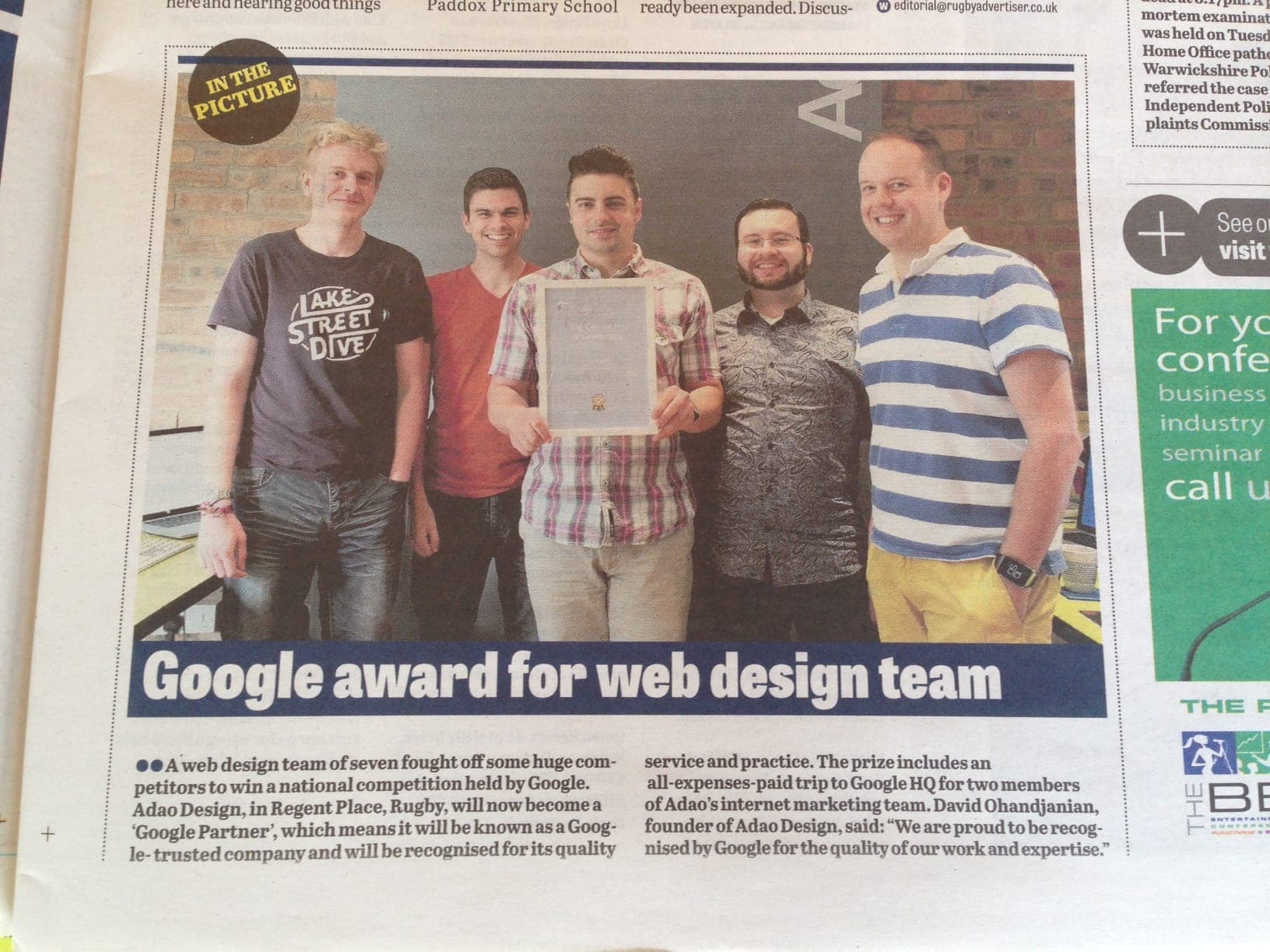 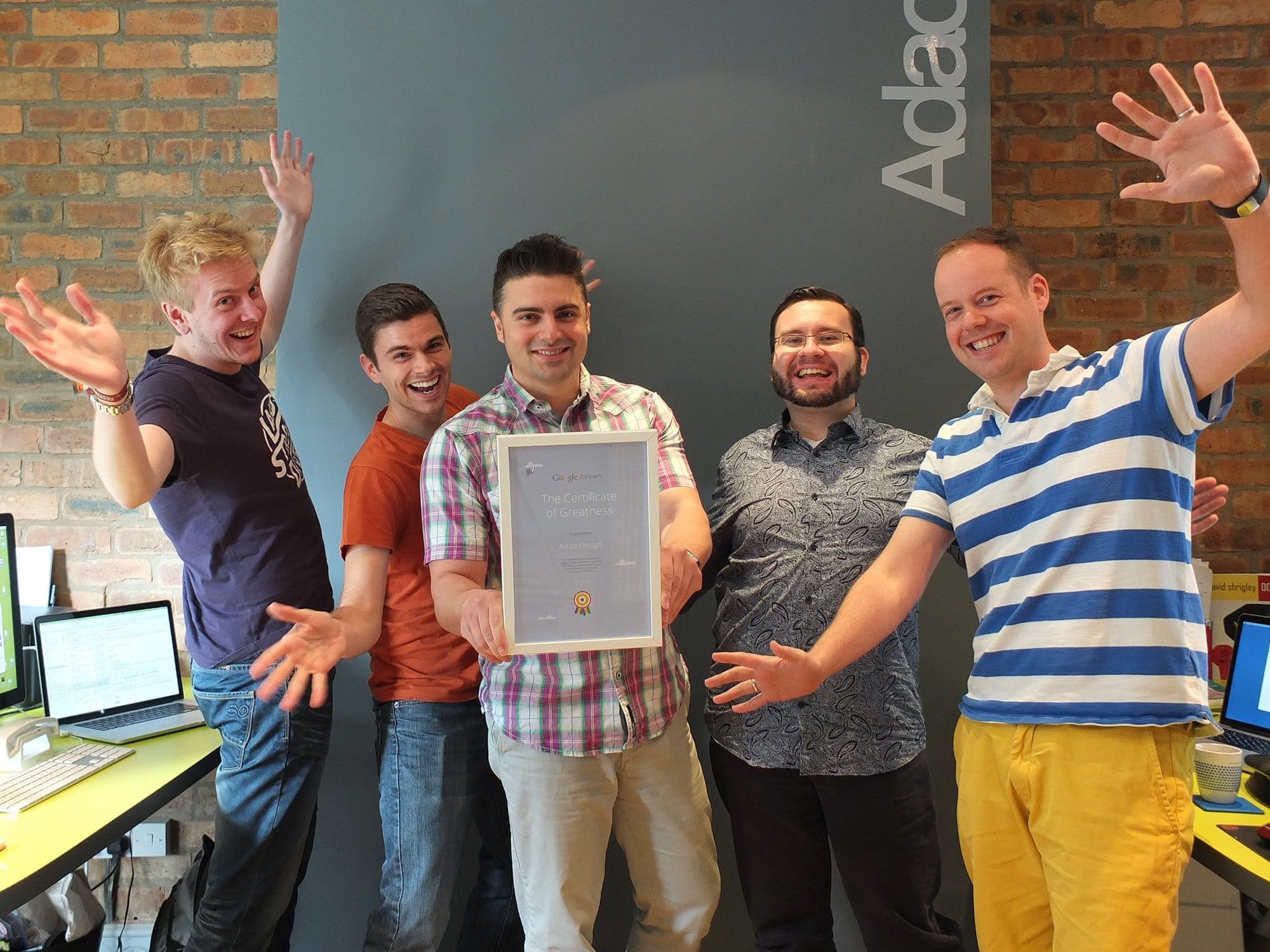 And here’s the really unofficial jumping video (how David didn’t have a future in parkour, we will never know!)

Later that same year, the team took a little trip to Brussels, and tried out the “most-serious-face-while-riding-an-escalator competition” – how did they do? 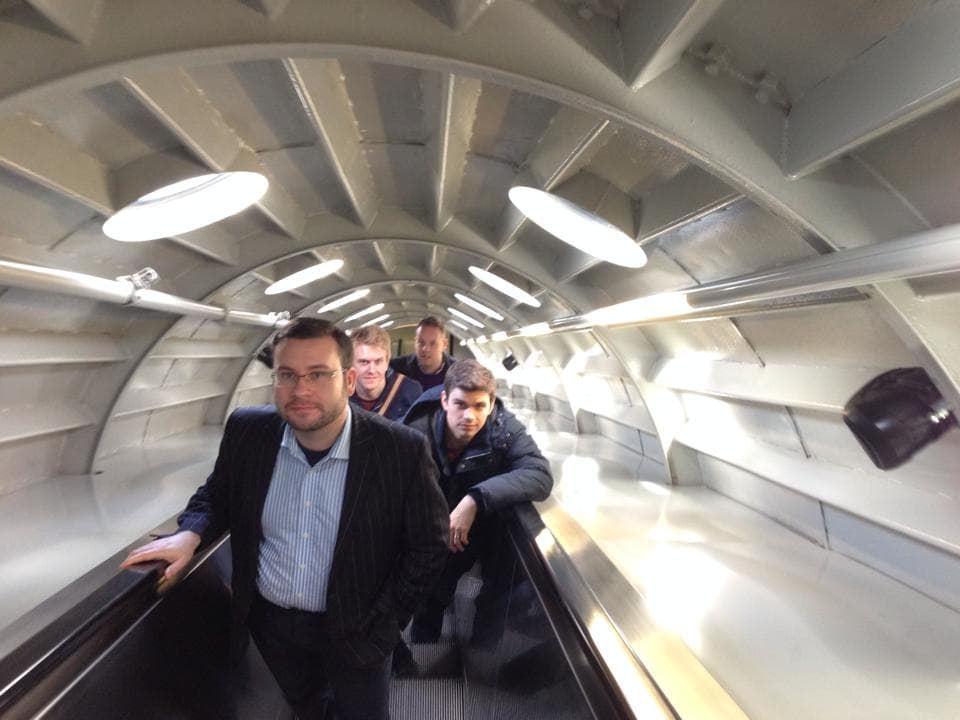 On their return, it seems they caught a new team member! From then on, the team continued to grow constantly as the business built up faster and faster. 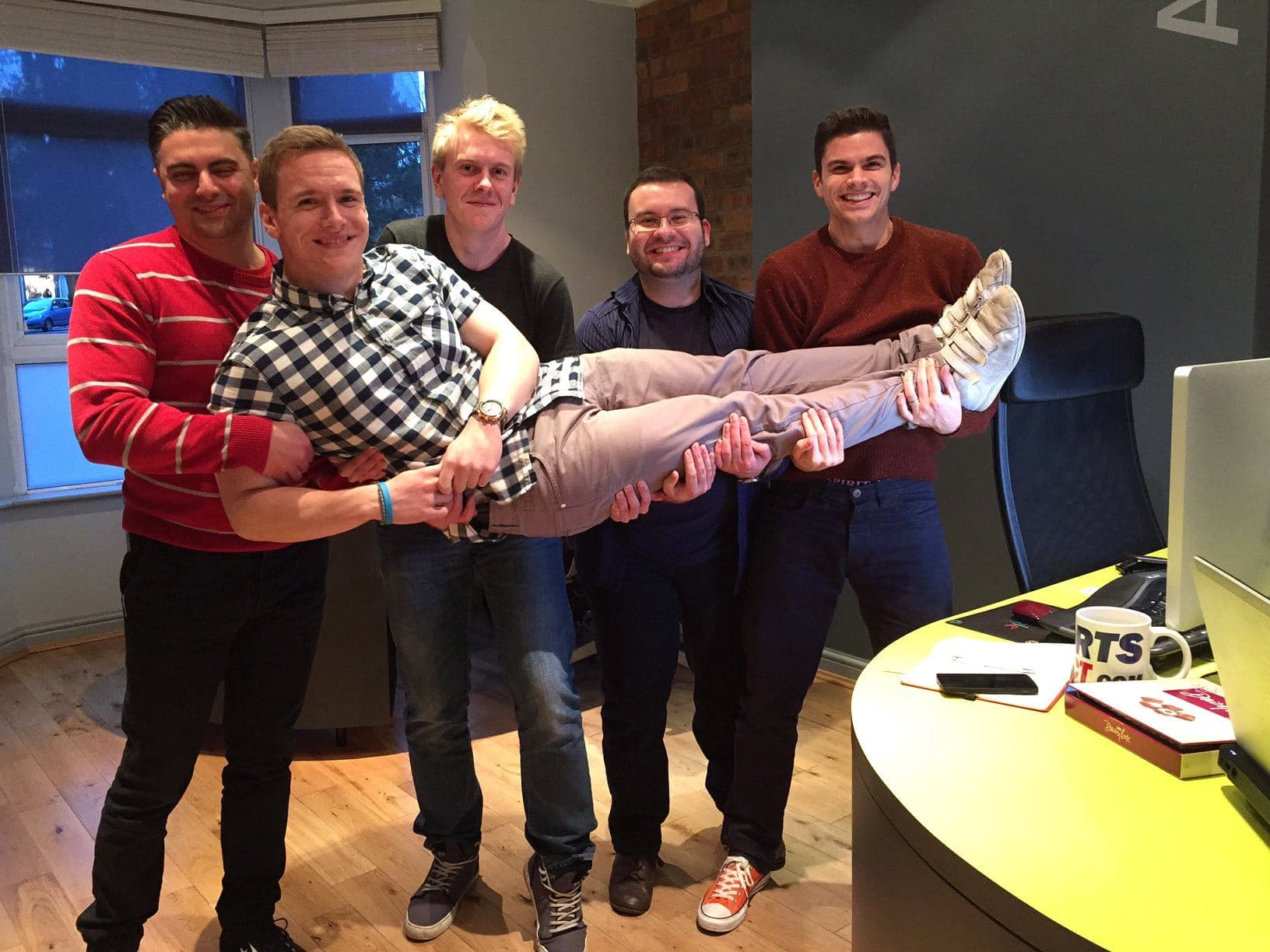 Gathering more and more clients (and team members!), the next treat for the Adao gang was a big trip to Amsterdam – here they are sampling the gorgeous architecture of the region, and definitely not hanging out in the pub…! 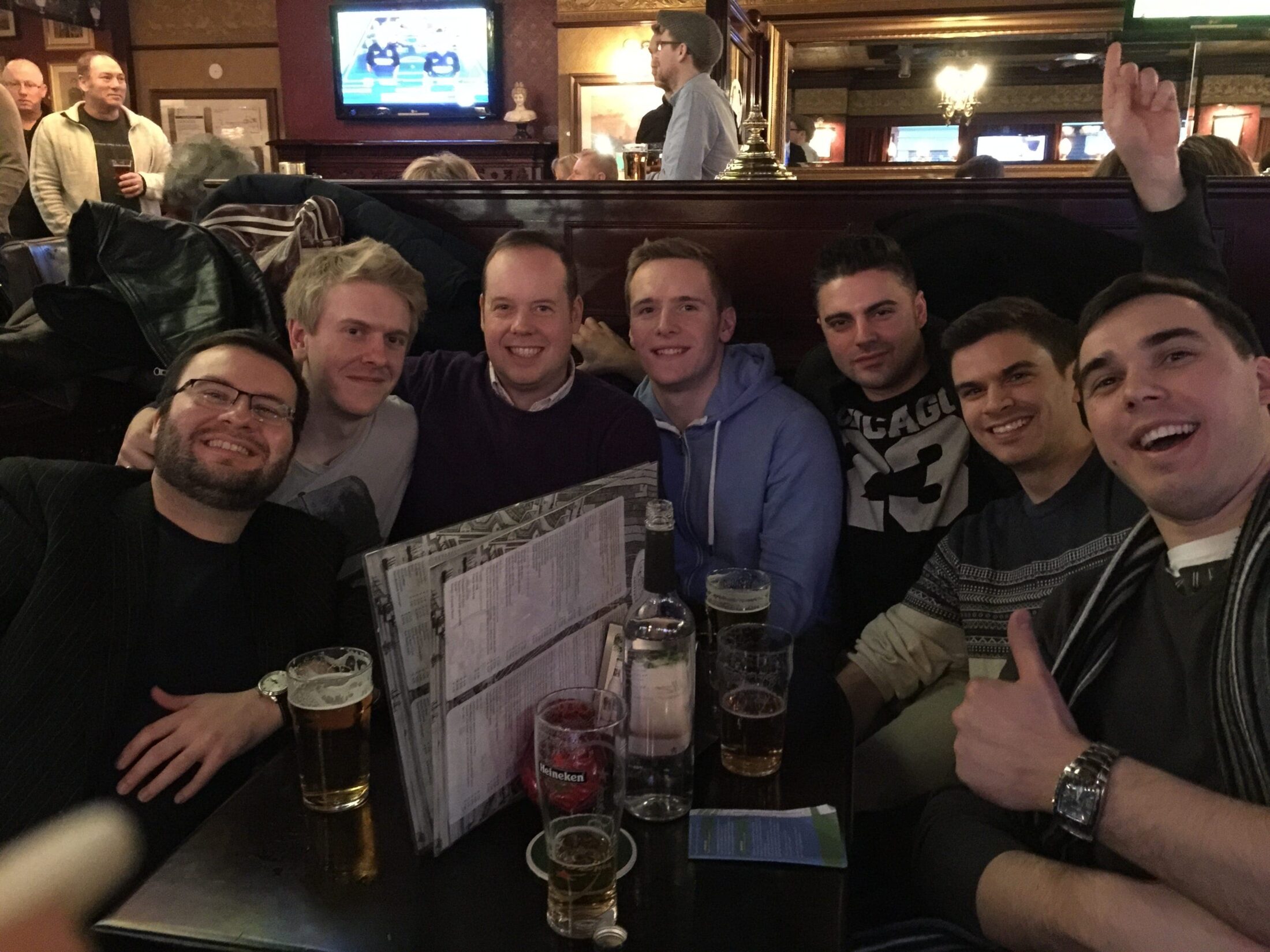 Soon, the team realised that there were far too many people to squeeze into the Regent Place office, let alone David’s kitchen dining table! So the next step was to pack up and move… 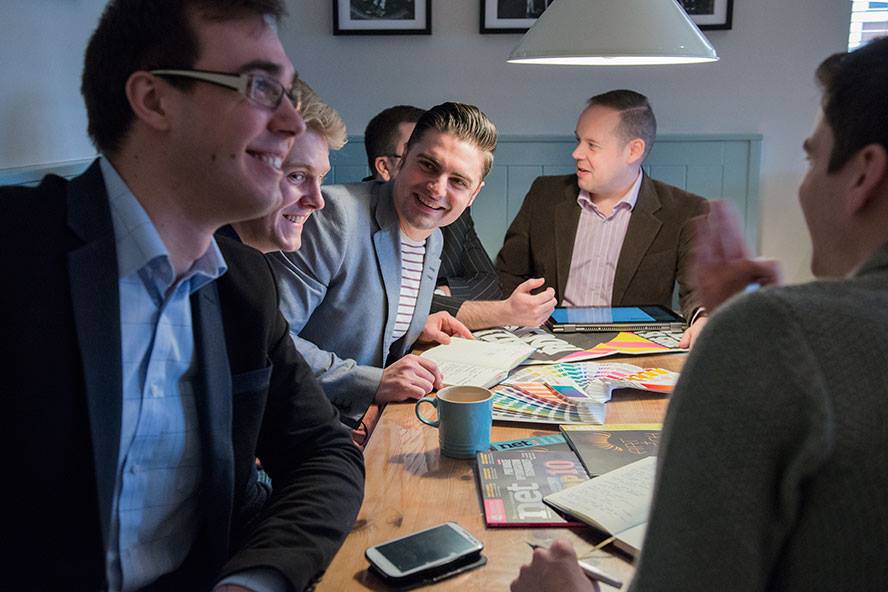 …to the brand new Adao (and very purple) office down the road on Albert Street! Here the team are on their very first day in the new office, setting up desks, workstations, and the all-important tea-making rota. 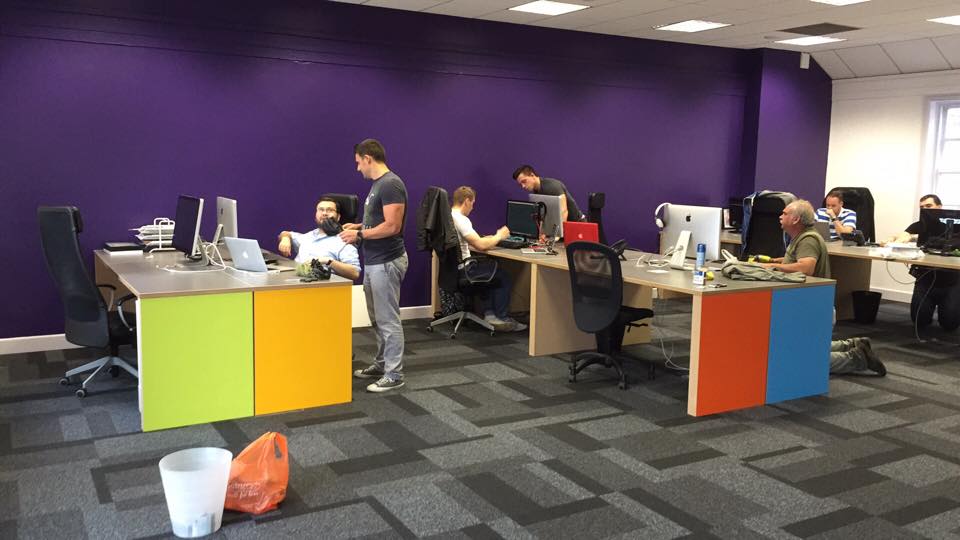 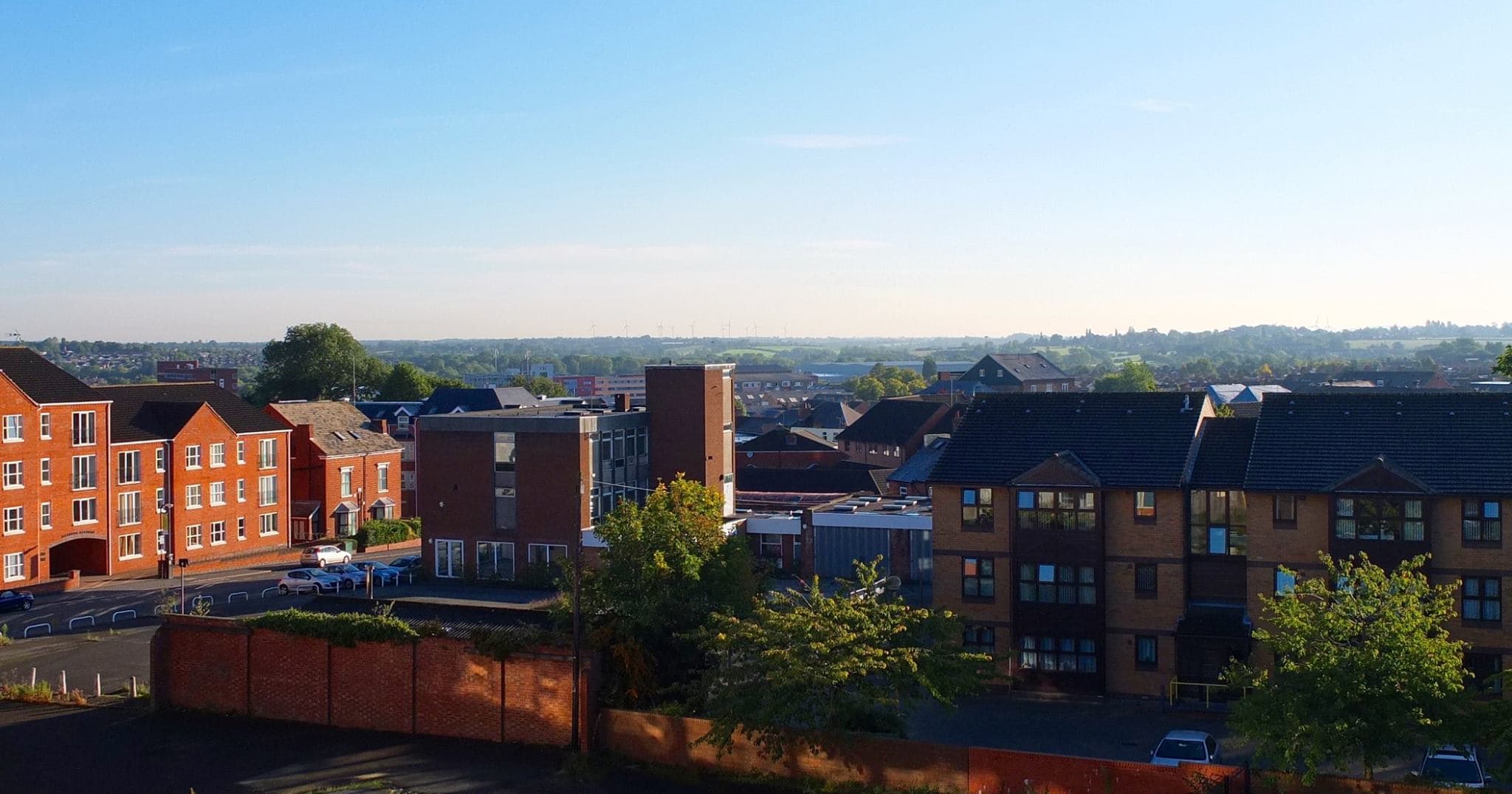 The view wasn’t too shabby from the top-floor office, either!

2016 saw the newest, fluffiest recruit to the Adao team – Mr Tibbs! It’s fair to say David was smitten with this kitten. 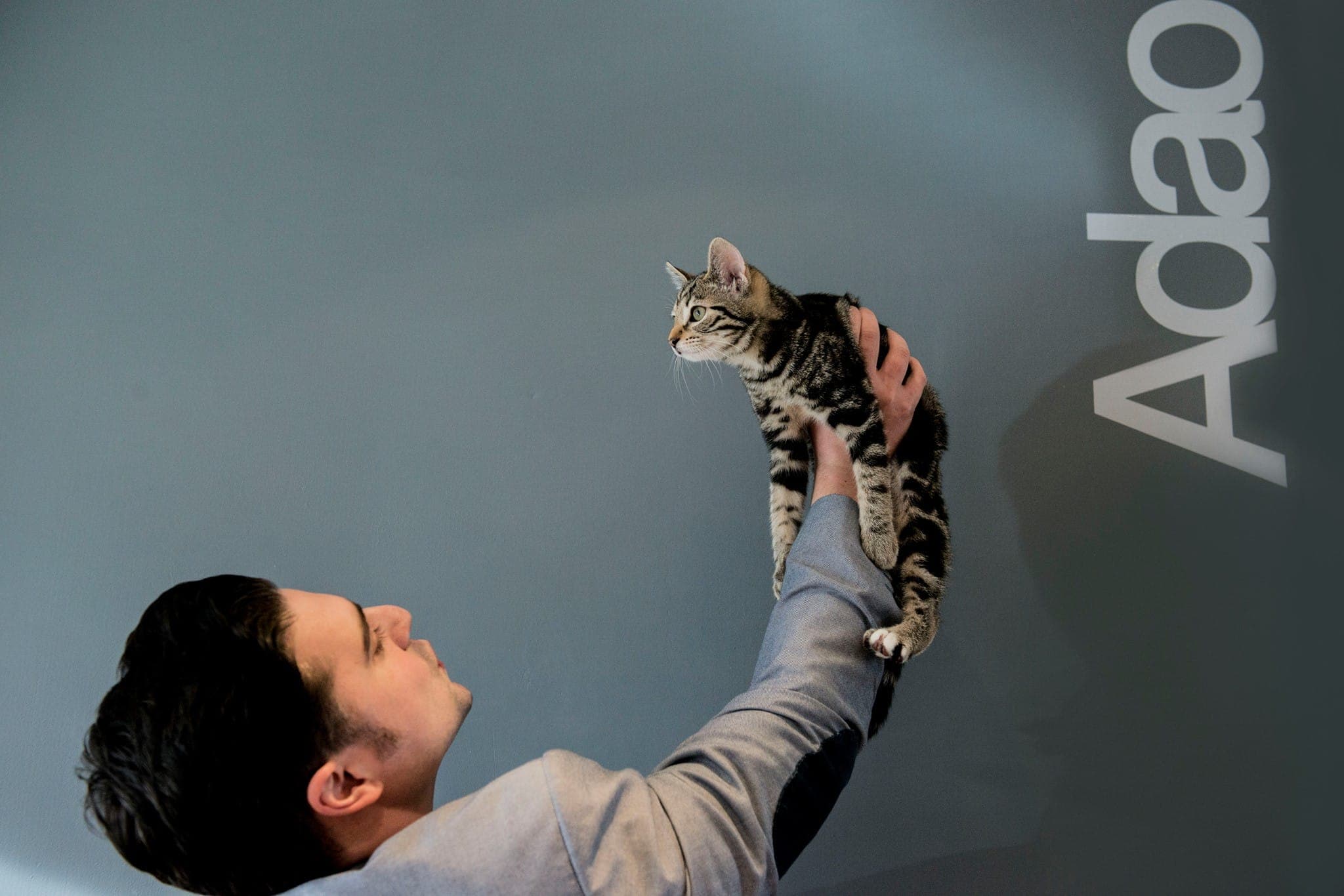 In October, the Adao team were receiving award after award in the mail, including the 2016 WebAward for web design, as well as plenty of others that ended up on the Wall of Pride – David was suitably chuffed at the progress of the Adao team! 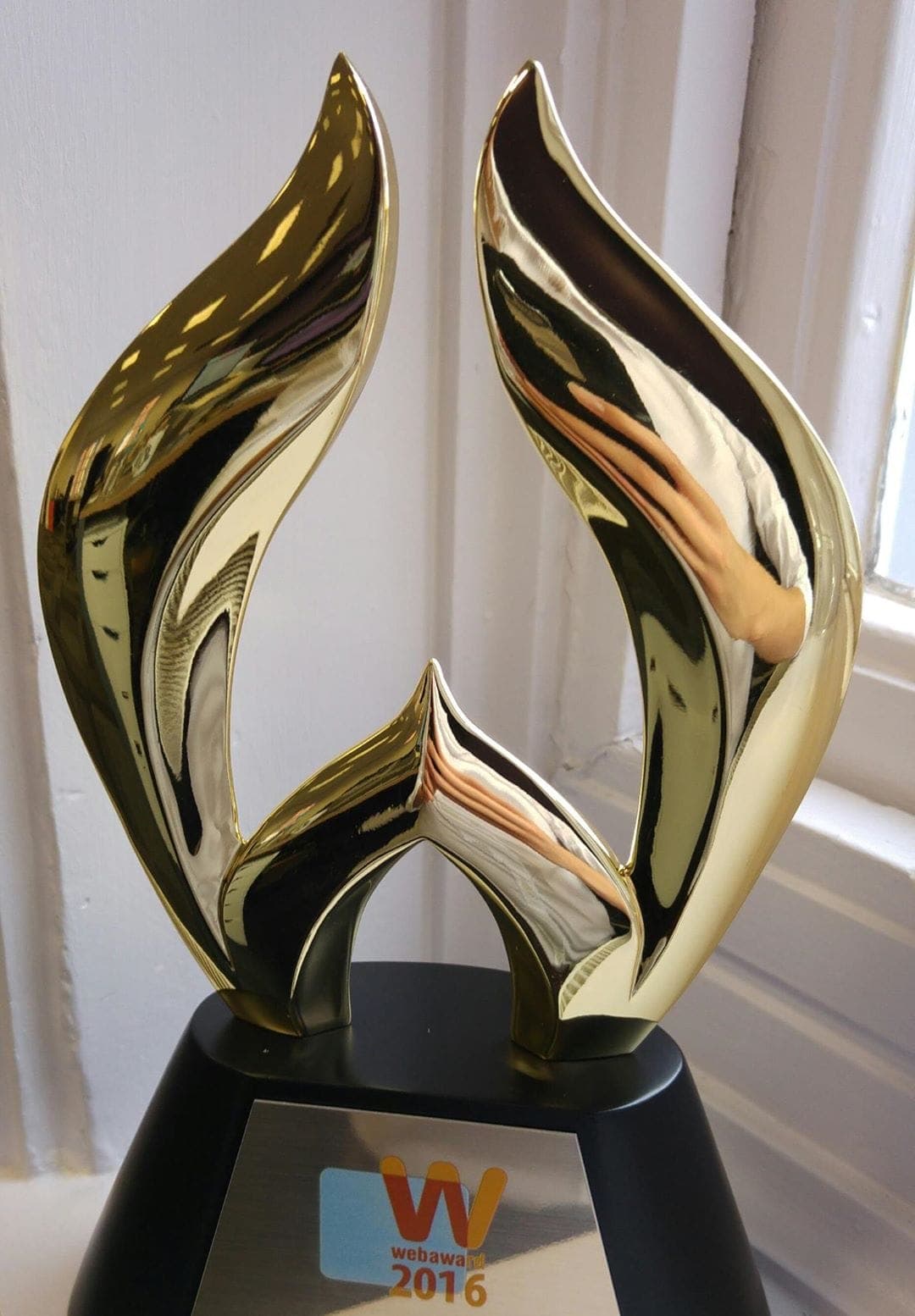 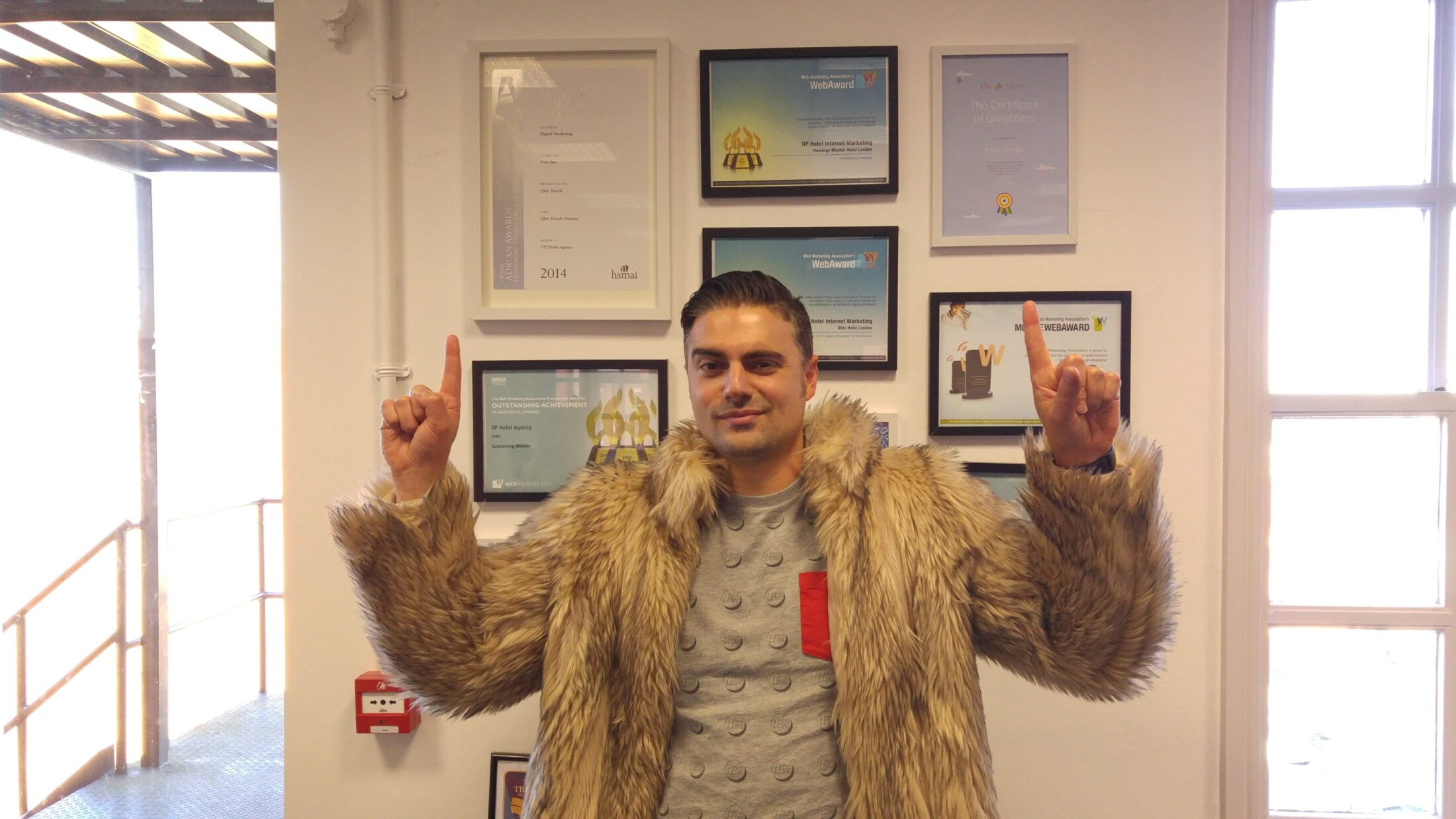 Another year, another makeover – it was time to expand the Adao office even further! Here’s Josh looking ready as ever to knock down these walls and make more space for the team.

Needless to say, the team was also ready – for a cheeky selfie out on the fire escape, that is!

2018 saw the arrival of many good things – one of them being our new best friend, our Made.com yellow sofa in the Theatre Room! 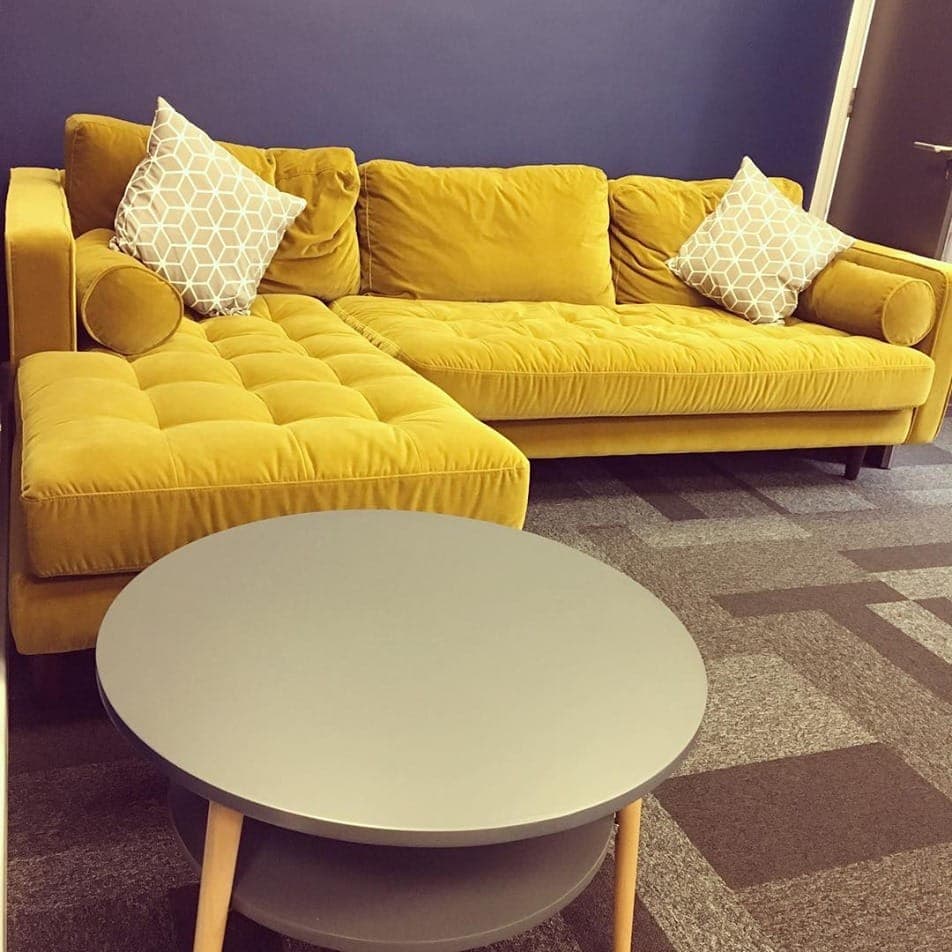 We also made the promo video that you can see on our site. We felt like A-list celebrities after this one!

After all our hard work being movie stars, the team decided it was time for a trip to Dublin! We left it with many fond memories and an unusually keen interest in Guinness beer… 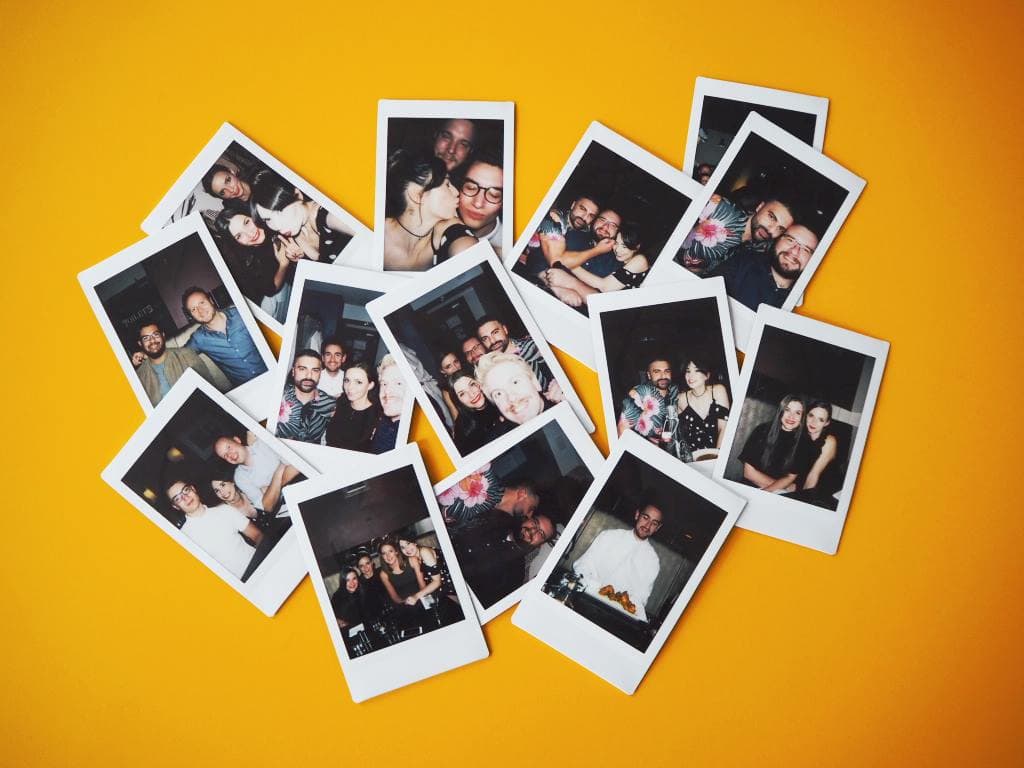 As the team continued to grow once more, so did our culinary skills! It was time to show off for McMillan’s coffee morning – we saw everything from sponge cakes to rice-krispie cakes (no judgement here, Phill!) 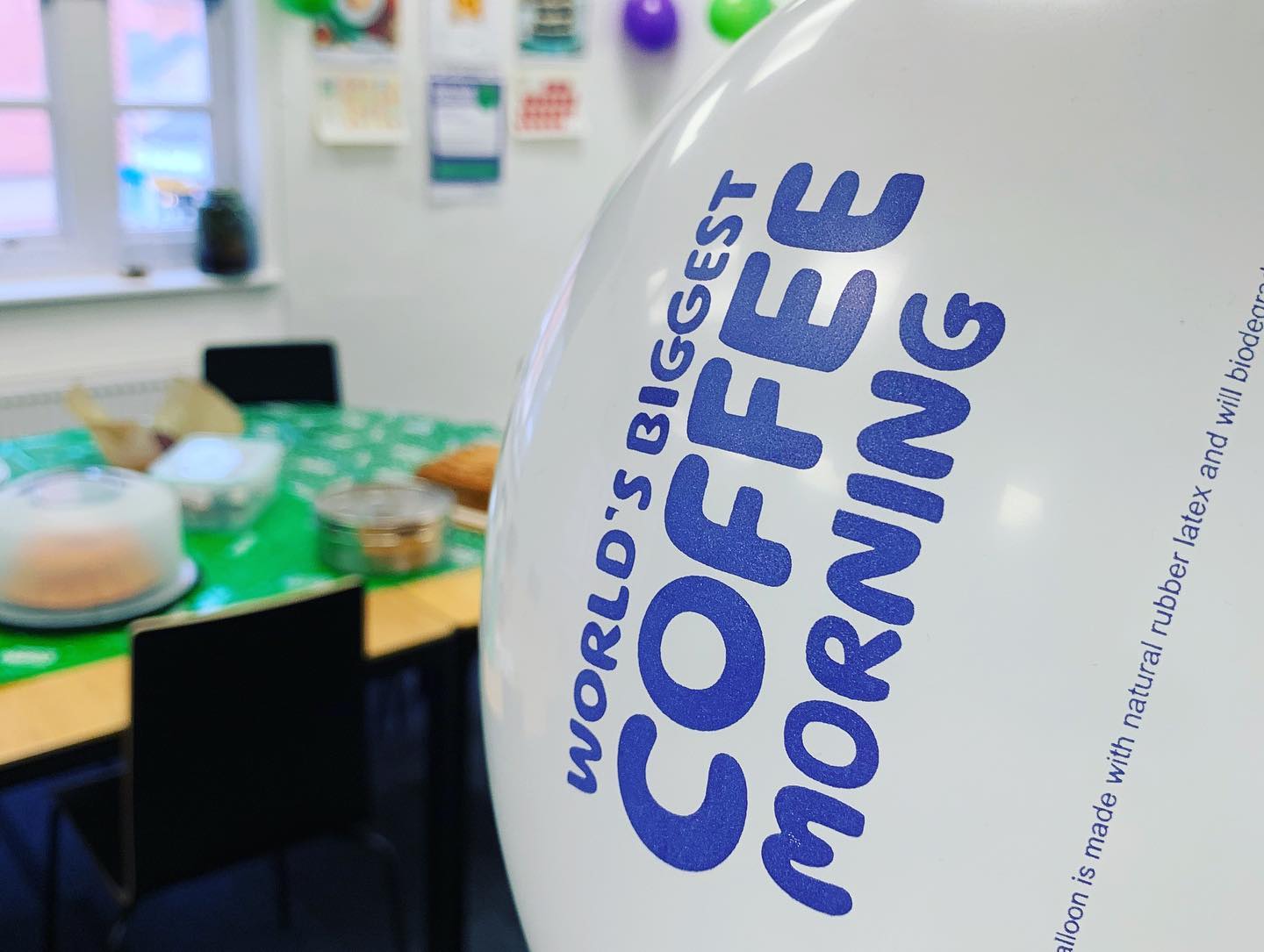 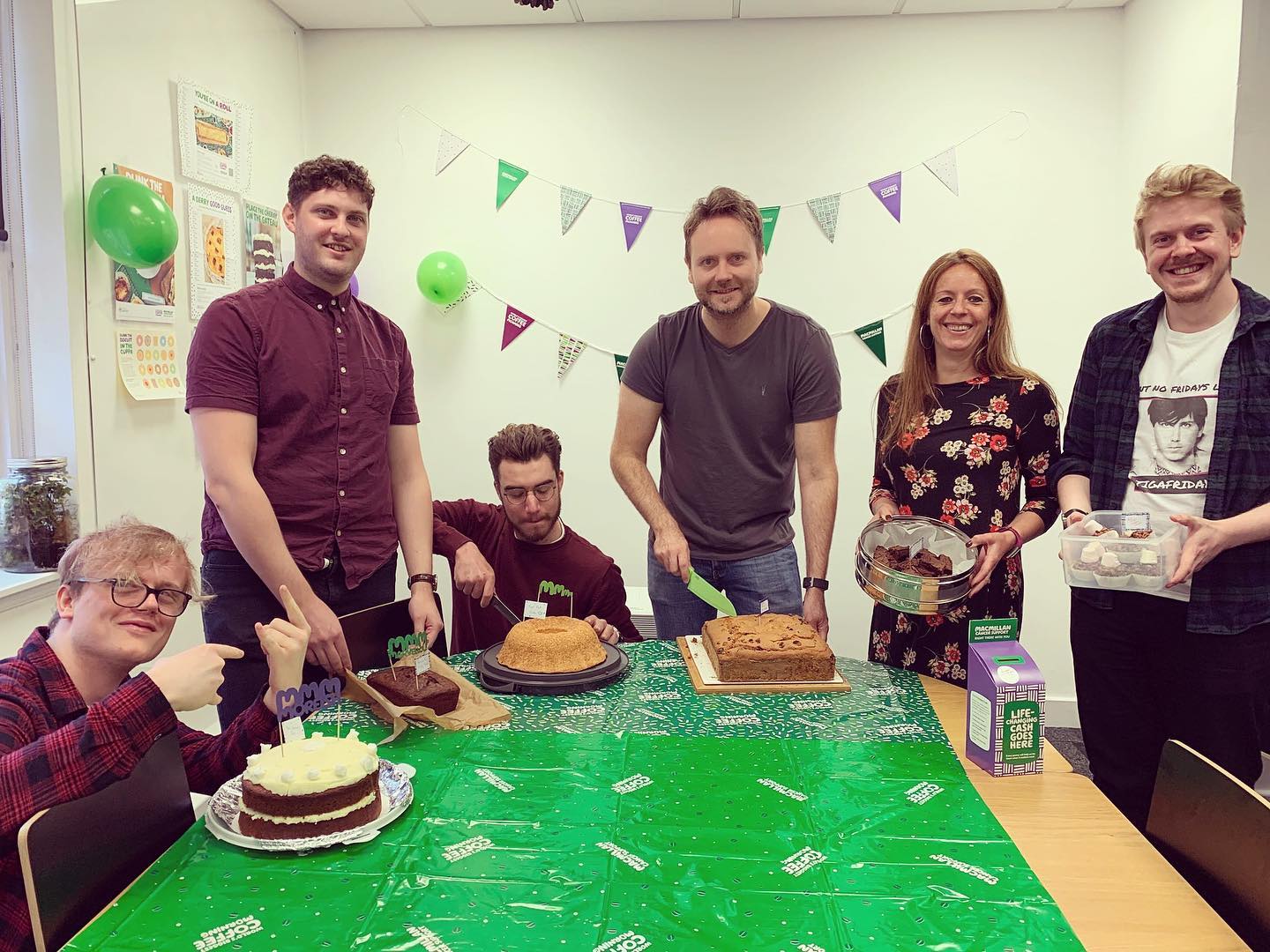 Our remote-working digital marketing guru and all-round good guy Tris also popped over from South Africa, so we saw the perfect opportunity for a great group shot. 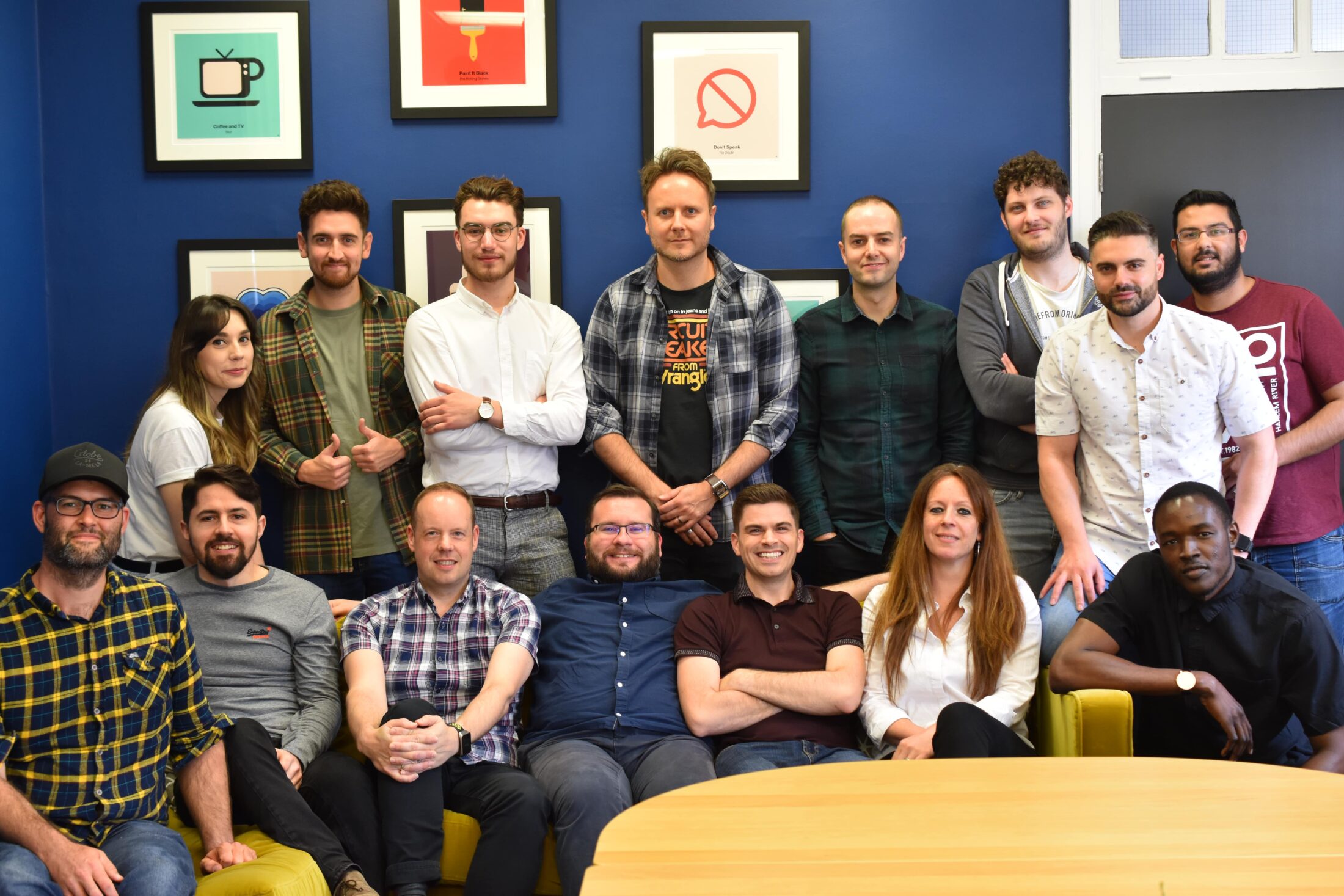 Adao went into lockdown a little bit before the rest of the UK, and while it’s been a struggle being away from each other, we’ve found our ways to hang out together online, with daily group chats and a monthly award for keeping our paperwork in order. We’re super excited to see what comes next for Adao, and for what the future holds in the next 10 years!

This website uses cookies to improve your experience while you navigate through the website. Out of these, the cookies that are categorized as necessary are stored on your browser as they are essential for the working of basic functionalities of the website. We also use third-party cookies that help us analyze and understand how you use this website. These cookies will be stored in your browser only with your consent. You also have the option to opt-out of these cookies. But opting out of some of these cookies may affect your browsing experience.
Necessary Always Enabled
Necessary cookies are absolutely essential for the website to function properly. These cookies ensure basic functionalities and security features of the website, anonymously.
Functional
Functional cookies help to perform certain functionalities like sharing the content of the website on social media platforms, collect feedbacks, and other third-party features.
Performance
Performance cookies are used to understand and analyze the key performance indexes of the website which helps in delivering a better user experience for the visitors.
Analytics
Analytical cookies are used to understand how visitors interact with the website. These cookies help provide information on metrics the number of visitors, bounce rate, traffic source, etc.
Advertisement
Advertisement cookies are used to provide visitors with relevant ads and marketing campaigns. These cookies track visitors across websites and collect information to provide customized ads.
Others
Other uncategorized cookies are those that are being analyzed and have not been classified into a category as yet.
SAVE & ACCEPT